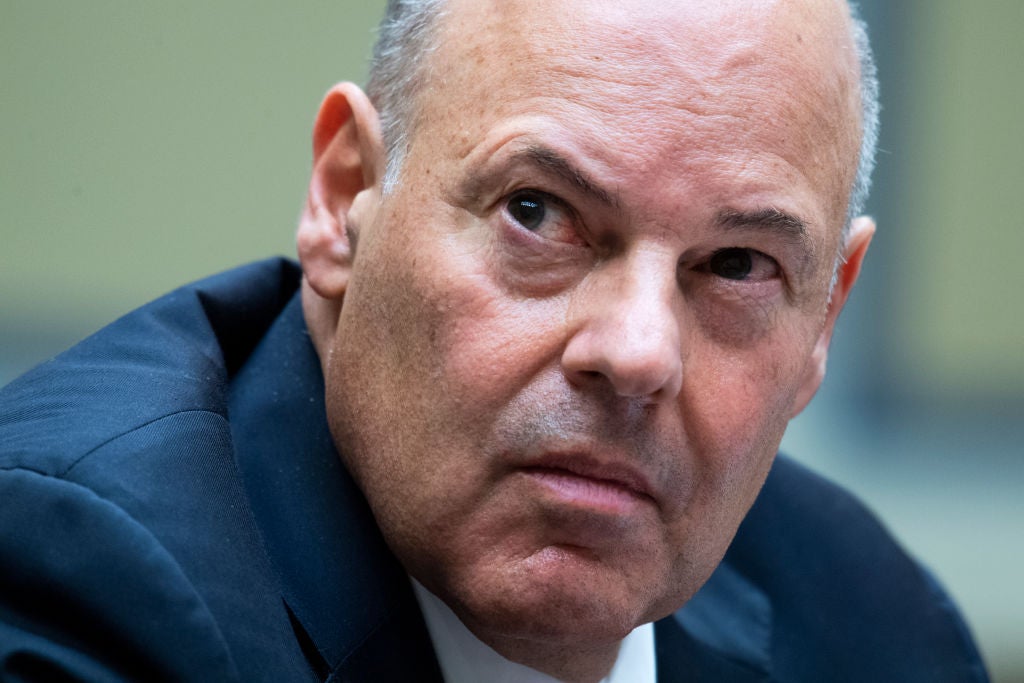 Donald Trump has said his controversial appointment as US postmaster general should lose his job if allegations of campaign finance violations against him are proved.

Louis DeJoy, a Trump donor and Republican party fundraiser appointed to his role in May this year, pressured employees at his former company into making donations to GOP candidates, it has been claimed.

It is alleged that staff who donated to Mr DeJoy’s favoured candidates would recieve company bonuses in return, with managers at the firm also expected to participate.

“Louis was a national fundraiser for the Republican party. He asked employees for money. We gave him the money, and then he reciprocated by giving us big bonuses,” David Young, a former human resources director who previously had access to New Breed’s payroll records, told the Post.

According to a Post analysis of campaign finance records dating back two decades, there was a “pattern of extensive donations by New Breed employees to Republican candidates.”

Your daily US politics newsletter

In a statement, Monty Hagler, a spokesperson for Mr DeJoy, said the postmaster general “regrets if any employee felt uncomfortable for any reason”.

Mr DeJoy “was never notified by the New Breed employees referenced by the Washington Post of any pressure they might have felt to make a political contribution,” Mr Hagler added.

He added that while running New Breed logistics, Mr DeJoy ensured that the company, and anyone affiliated with it, was fully compliant with US election contribution rules.

At a news conference at the White House on Monday, Mr Trump said he did not yet know all the details, but said:  “He’s a very respected man, he was approved very much by both parties I guess. It was an approval that took place by both parties.”

And questioned on whether the postmaster general should lose his job if an accusation of campaign finance violations can be proven, the president said: “Yeah, if something can be proven that he did something wrong, always yeah.”

Mr DeJoy’s appointment to postmaster general was criticised by many on Capitol Hill, as he had no previous experience working within the US postal service. He has personally raised millions of dollars for Republican politicians down the years. He and his wife have donated $1.6m since Trump’s election in 2016, according to Business Insider.

Since assuming the role in May, the GOP fundraiser has overseen a raft of changes to working practices — including the removal of mail processing machines and a ban on overtime — which caused severe delays to mail delivery.

Democrats have accused Mr DeJoy of attempting to tilt November’s election in favour of president Trump as millions of Americans cast their vote via postal services due to the ongoing coronavirus pandemic.

At a Senate hearing last month, Mr DeJoy sought to assure Americans that widespread delays caused by cost-cutting measures would not cause their mail ballots to go uncounted.