HENDERSON, Ky. – After 16 years as a small business owner and 12 years as a member of the Henderson County School Board, Lisa Baird is preparing to step away from both. © MIKE LAWRENCE / THE GLEANER Lisa Baird, owner of C&C Custom Framing, points out picture frame samples […]

HENDERSON, Ky. – After 16 years as a small business owner and 12 years as a member of the Henderson County School Board, Lisa Baird is preparing to step away from both.

© MIKE LAWRENCE / THE GLEANER
Lisa Baird, owner of C&C Custom Framing, points out picture frame samples to be removed, to friend Lorna Littrell who is helping with the close-out of the shop she has run for 16 years, Tuesday, September 8, 2020.


Baird took over the already established C&C Custom Framing in 2004. After more than 45 years in operation, C&C will close its doors at the shop on Ninth Street on Oct. 1.

Baird’s background had prepared her to take over the business that had been started by sisters Charlene Corley and Sue Chapman in the 1970s.

“I had studied art when I was in college. Two years in, and I changed to get a business degree. But art was always in my background,” said Baird, who also had a desire to own her own business. “I worked at Brenntag for 18 years. I saw changes coming and I wanted out of it. I was spending a lot of time away from my family. I had young kids. I was on plane a lot traveling.”

© MIKE LAWRENCE / THE GLEANER
Lisa Baird, owner of C&C Custom Framing, in Henderson, hold her two id name tags, after 16 years with the shop and 12 years on the Henderson County School Board she has decided to retire from both, Tuesday, September 8, 2020.


Corley and Chapman decided to put their successful business, which had been in operation for approximately 30 years, on the market.

© MIKE LAWRENCE / THE GLEANER
Lisa Baird, owner of C&C Custom Framing, watches as a computer controlled mat cutter works on one of her last jobs as she has decided to retire from the frame shop and her position on the Henderson County school board, Tuesday, September 8, 2020.


“This business came up for sale. I had always wanted to own my own business, but I was scared to death to start one. This business was successful. It had been in Henderson all these years. It had good customers,” Baird recalled.

Corley was willing to help with the transition too. “Charlene was going to stay and work for me and teach me the business and get the customers used to me,” the Carmi, Illinois, native said.

“We turned it into a family business. My husband (Scott) works on equipment. Both of my kids come up here and work on the weekends. I taught my daughter (Ashley) how to do some of the stuff. She can operate the equipment,” she said.

While also raising teenagers, which also included son Evan, and helping her husband on the family farm, Baird decided to run for school board in 108.

Baird became more involved in school activities as the president of the archery board during the planning and construction of the archery facility at the corner of Airline Road and Garden Mile Road. “I spent months dealing with the school board, the school administration, the KDE,” she said. “As I did that, you get to hearing stories about kids. You think, ‘There’s got to be a better way. We’ve got to do something better.’

“I was running my own business, raising teenage kids, my husband had a full-time job and also farms on the side. Yeah, I really needed something else to do,” Baird said.

Baird won the first of three terms on the school board in the fall of 1998. The desire to serve on the board came from a “a passion to help kids,” she said.

From early on in her time on the board, Baird’s focus was to improve technology in the school district.

“I went to a national meeting and realized that we were 10 years behind the rest of the schools in the country. We barely had computer labs,” she said. “I started working to get devices in the hands of every child. That was my goal 12 years ago. We didn’t have the infrastructure and we didn’t know what kind of devices we needed.”

Two years ago, the goal was realized. “At year 10 of mine on the board, we got devices in the hands of every child. They didn’t all take them home, but they had a device for every kid,” Baird said, noting that the COVID-19 pandemic that shut down in-person instruction last March made the technology improvements crucial.

“We didn’t realize how valuable that was going to be until this year,” said Baird, who became the chair of the board in 2017.

There is still work to be done to improve technology for students in some parts of Henderson County but that is beyond the school system’s control, she said. “We are still missing infrastructure out in the county. The school can’t do that,” Baird said. “We’ve worked on getting school busses parked out there that have WiFi for students out in the county.”

Baird considered giving up her seat on the board four years ago by not seeking a third term. “When the last term expired, we were so close to getting the technology part solved. But we weren’t there yet. I told my husband, ‘I’m not quitting until that job is done.’ I wanted to see that through,” Baird said.

That mission was complete two years ago and in January she announced that she would not seek a fourth term.

“We need younger people on this board and to step up,” she said.

Board members must be able to handle criticism, Baird said. “If you don’t have thick skin, don’t even sign up. If people yelling and screaming at you bothers you, you don’t need this job,” she said.

While elected to represent voters in a specific district, Baird affirms that she has a different set of employers.

“There may be adults that elected me, but I don’t work for them. I work for 7,000 kids,” she said. “The state charges us educate and keep kids safe. They don’t tell us to keep taxpayers happy.  I’m not making a decision to keep them happy. I’m making a decision that is going to be fair and right for kids.”

© MIKE LAWRENCE / THE GLEANER
Lisa Baird, owner of C&C Custom Framing, in Henderson, makes adjustments to a frame cutter, after 16 years with the shop and 12 years on the Henderson County School Board she has decided to retire from both , Tuesday, September 8, 2020.


Baird has found both her framing business and her time on the school board as rewarding.

“The payment comes from little bitty notes that we get left. ‘Thank you Mrs. Baird for getting me my computer. Thank you for getting the Smartboards in our rooms. Thank you for making us safe because you put in new doors in my school.’ Notes that are written in crayon or whatever. I have a stack of papers that I’m going to throw away when I leave the board, but those notes are not going away.”

Much the same with her business, it’s the personal relationships from her customers that she will cherish the most.

“You get to meet all of the people of Henderson who come in the door. These people travel everywhere. Some of these people have the most unique stories of where they’ve been and their families. That’s what you end up framing – kids’ pictures, weddings, personal stuff,” she said.

Baird, who is 62, decided in January to retire and close C&C Custom Framing. “This is a physical business. You’re moving long pieces of molding that are heavy. You are putting them through a saw. You’re cutting glass. After a while, your shoulders and your hands just start to hurt,” said Baird, who has arthritis in her hand. “The cartilage between my thumb and my hand is just gone.

“I’m not going to retire and not be able to move. I want to be able to do things. If I keep pushing myself, my body is not going to work very well. I could see my body every year fighting it more and more. There’s no sense in going home and being miserable.”

With the demand for custom framing decreasing, Baird opted to close the business rather than try to sell it.

“Picture framing is an art that is slowly going away,” she said. “A lot of our suppliers have gone out of business because there aren’t enough picture framers in the country to keep them open. I’m down to two suppliers now when I had six to eight when I first started.”

© MIKE LAWRENCE / THE GLEANER
Lisa Baird, owner of C&C Custom Framing, right and friend Lorna Littrell drag boxes of frame samples to a storage room as Baird has decided to retire from, 16 years with the frame shop and 12 years on the school board, Tuesday, September 8, 2020.


Baird moved the framing business from South Green Street to the current Ninth Street location, which she and her husband purchased about 10 years ago.

Baird said she won’t miss the work but will miss her customers. “I’ve met some wonderful people here and a lot of them have turned out to be good friends. That’s a mark of a good business if you’ve gathered people that are friends as well as customers.”

Baird is ready to leave the responsibilities of her business and the school board behind.

“I’m ready for the next chapter in my life — doing a little traveling and my husband and I spending more time together. It’s time to travel together and come home and sit on the porch and enjoy our farm and doing a little do a gardening while I still can,” she said.

© MIKE LAWRENCE / THE GLEANER
Lisa Baird, owner of C&C Custom Framing, in Henderson, cuts and assembles a frame, after 16 years with the shop and 12 years on the Henderson County School Board she has decided to retire from both , Tuesday, September 8, 2020.


This article originally appeared on Henderson Gleaner: Small business owner, school board member Lisa Baird ready for next chapter of her life 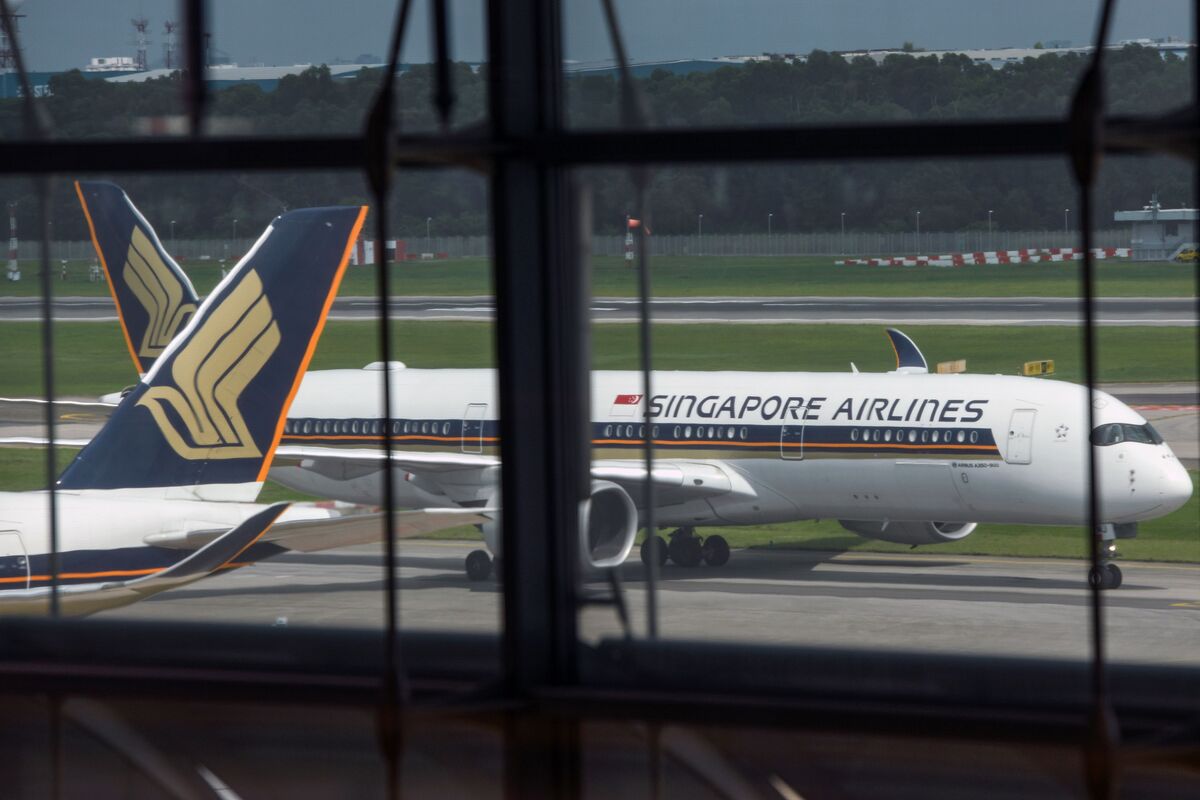