The coronavirus pandemic has caused hard times for many, including in North Augusta, which saw the cancellation of the Augusta GreenJackets’ baseball season and the 2020 Nike Peach Jam. Even so, multiple areas in the city have seen growth and development in the past year with more on the horizon. […]

The coronavirus pandemic has caused hard times for many, including in North Augusta, which saw the cancellation of the Augusta GreenJackets’ baseball season and the 2020 Nike Peach Jam. Even so, multiple areas in the city have seen growth and development in the past year with more on the horizon.

“The past year has certainly been a once-every-century year,” said North Augusta Mayor Bob Pettit.

“Surprisingly, residential growth continues in North Augusta, even while many businesses are reeling from the impact of the COVID virus.”

The riverfront is one of those areas that has seen development, as part of the planned Riverside Village buildout. The city’s 600-seat amphitheater opened in June, and the stadium parking deck has been completed but not yet used due to the cancellation of the season.

“A number of other parcels in Riverside Village remain to be developed, with additional apartments most likely the next to happen,” Pettit said.

Plans for businesses at Exit 5 have progressed as well. The city’s Planning Commission last week gave its OK to a site plan for a proposed Arby’s and Starbucks development.

Related to downtown, City Council in June approved phase one of a downtown connector to the Greeneway via Bluff Avenue. Multiple new shops – including boutiques, an antique store, bakeries and a craft workshop – have opened downtown.

North Augusta Forward began enticing folks to visit downtown and shop as part of Third Thursday, an initiative that keeps downtown businesses open late on the third Thursday of each month.

“The initiative is to build awareness about shopping and dining in downtown North Augusta so the businesses are offering extended hours,” North Augusta Forward Executive Director Avery Spears-Mahoney said last year when the program began.

“So for those folks that can’t necessarily get downtown by 5 or 5:30, the retail businesses will be staying open until 8 (p.m.) to serve the customers.”

The city is also working on upgrades to some outdated facilities. There are plans moving forward for a new Public Safety Headquarters and Fire Station No. 1, and Pettit said both of those are in the design phase.

“The overall costs for new construction have increased within the CSRA, resulting in design modifications,” he said.

“The design for Fire Station 1 has suggestions provided by residents included, wherever possible.”

Other projects being undertaken by the city include a drainage improvement project in the Lynnhurst area and upcoming revisions to the Development Code.

“Several of the provisions in the present code which have restricted development and renovation of existing areas, such as downtown, will be specific areas looked at,” Pettit said of the Development Code.

He also mentioned the recent expansion at AmbioPharm, Inc. in the North Augusta Industrial Park as local progress.

“While ‘2020’ has become a synonym for tough times, North Augusta has fared comparatively well,” Pettit said.

“Economic development and planned growth remain a focus of city leadership. Collectively, these opportunities make me optimistic about the city’s future.”

The Gun-Toting, Millennial Restaurant Owner Trying to Ride the Covid Backlash to Congress

Sat Sep 26 , 2020
As Boebert proudly touts her insurgent primary win at campaign events, her Democratic opponent, Diane Mitsch Bush, a former county commissioner and state legislator from Steamboat Springs, has begun to seize on Boebert’s less-than-polished past — including multiple arrests and a history of financial and other issues at her restaurant. […] 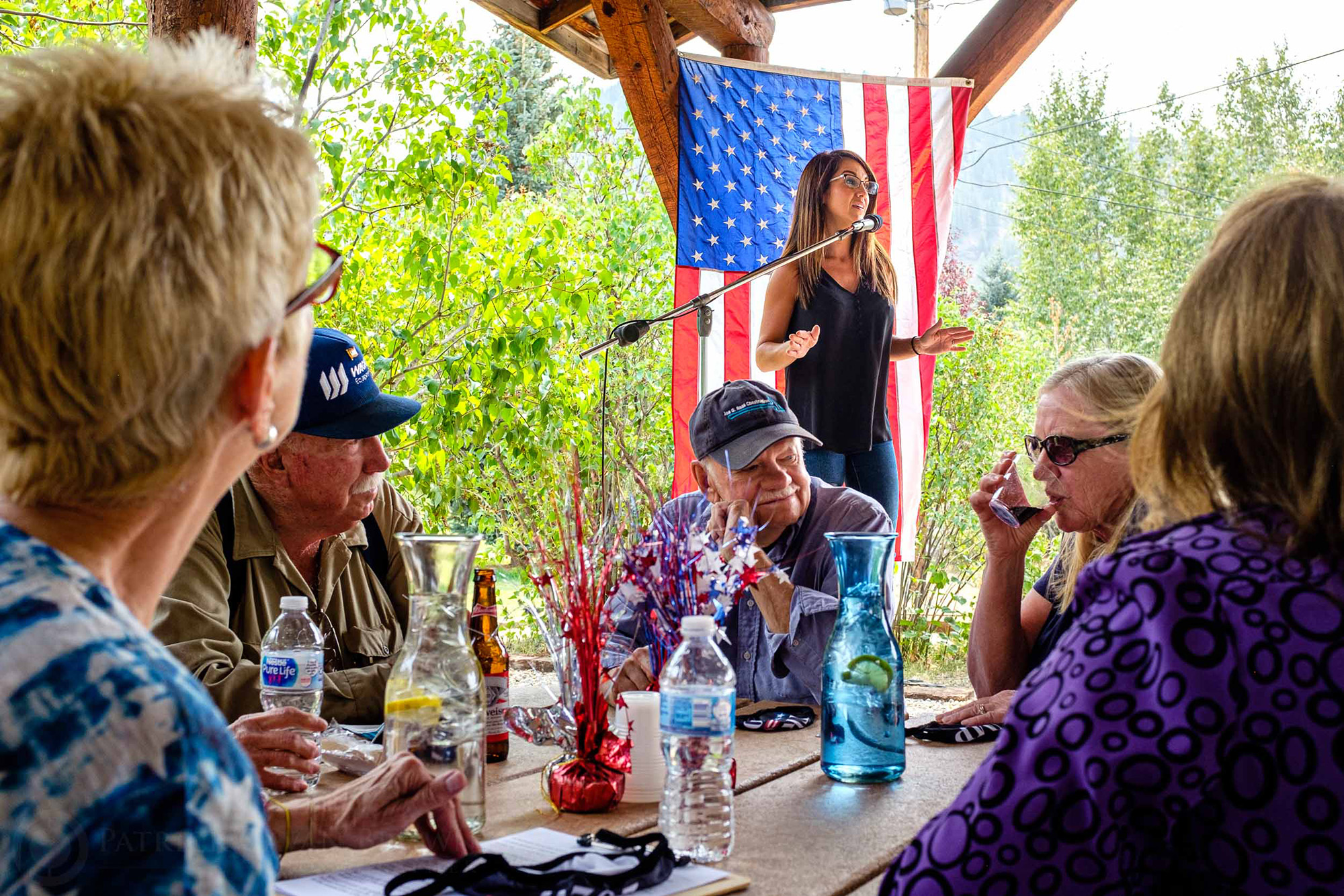