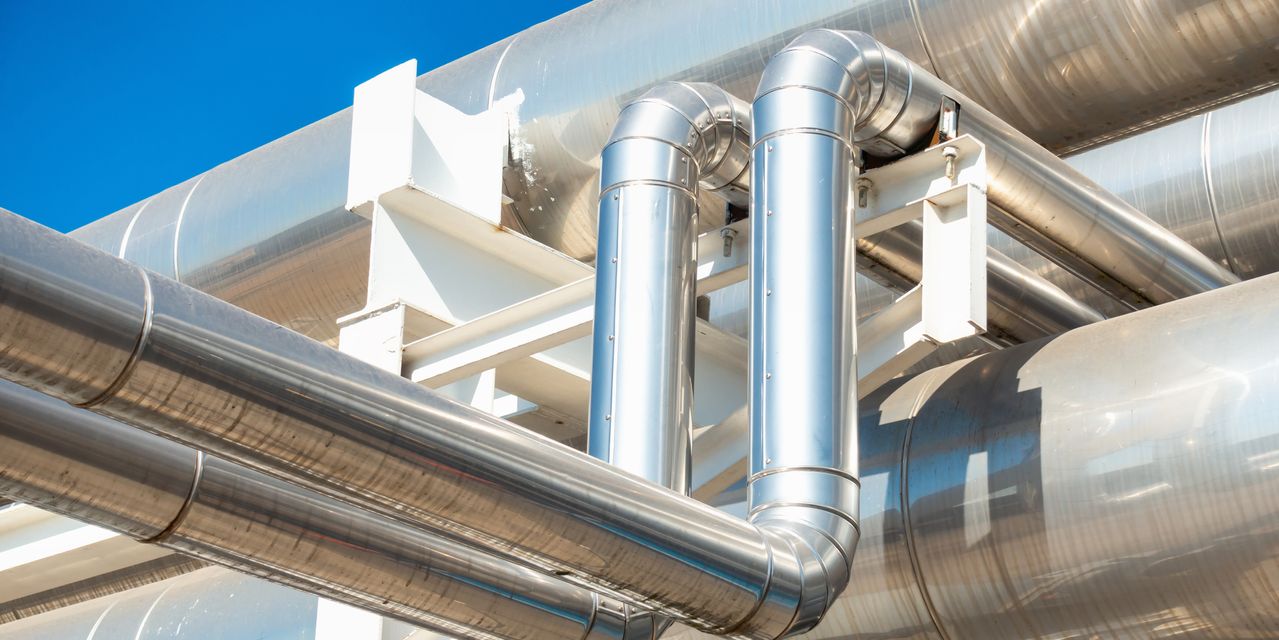 Barron’s believes in what seems at first glance to be investing sacrilege: that industrial stocks are poised to outperform tech in coming years.

has returned about 18% a year on average for 10 years, while the information-technology components of the

have returned 20%. Returns from the index’s software components, including

(CRM), have averaged more than 23%, about double the figure for the market benchmark’s industrial components, at less than 12%.

All that outperformance means tech is expensive now. Tech stocks are trading at more than 30 times estimated 2021 earnings, a 7-point premium to their industrial counterparts.

On its own, that isn’t a good enough reason to undergo the cost and hassle of reshuffling a portfolio. Yet other factors make the case. Some big long-term trends—with huge dollars attached—are set to boost industrial companies’ sales growth.

First, a new era of electrification has begun. Second, levels of manufacturing automation are rising. The benefits accruing from the falling cost of computing and data analysis are critical as well.

Power is one of the biggest businesses on earth. Trillions of dollars are spent annually looking for and processing oil, as well as building and maintaining the world’s electrical infrastructure.

The coming ‘20s might be the new Roaring Twenties. Back then, electrification was an investing theme as the percentage of U.S. households with electricity more than doubled during the decade.

Renewables, already big business, have accounted for a majority of the increase in global power output over the past few years. More renewable generation has been added than even natural-gas-fired power plants.

Existing power demand doesn’t reflect the potential impact of vehicle electrification. About one-fifth of the energy used in the world each year is for transportation, according to BP’s (BP) comprehensive annual outlook for global energy. Today, that power comes from diesel and gasoline. Almost none, relatively speaking, comes from electricity. But as cars get plugged in, electricity steals demand from oil, boosting the need for generation capacity.

BP believes transportation powered by electricity could account for roughly 10% of the total by 2030, and more than 75% by 2050.

Global statistics on spending on automation are difficult to come by. There are groups tracking, say, robot orders, but nothing seems to capture the total automation picture.

Increases tend to track growth in gross domestic product, based on 15 years of data on automation spending, according to Baird analyst Rick Eastman, who has followed automation technologies for decades. Now, however, he expects a bump in spending growth coming from warehouse automation, collaborative robots, and reshoring.

Reshoring is just what it sounds like—the process of reorganizing supply chains so more goods are manufactured closer to where they sold. Rising wages in low-income countries, disputes over trade, and increasing shipping costs, as well as the havoc caused by Covid-19, are driving the trend.

Like automation spending, reshoring is difficult to quantify. But it is happening.

“We are seeing an uptick in reshoring opportunities in the third quarter across various industries and products,” one electrical supplier wrote in response to the Institute for Supply Manager’s survey for its September PMI report, released on Oct. 1.

(ROK), and countless other industrial businesses.

All that software is needed to process the ever-increasing amounts of data generated by equipment linked to the internet, in the so-called Internet of Things. IDC estimates connected devices will generate 79.4 zettabytes of data by 2025. (One zettabyte is approximately equivalent to a trillion gigabytes.)

The figures include data from all connected devices, including all the manufacturing processes being “sensorized,” with low-cost hardware feeding information to software, which continues to improve.

Growth in connected data should average 30% to 40% a year for the next few years—a hefty figure that implies business opportunities for some industrial companies. Companies that internally tap the benefits of connected data, too, can achieve higher profit margins and improved returns through better process management.