General Electric (NYSE:GE), despite its iconic name, has been working for more than a decade to get its business back on track. And the global pandemic has only made it harder. If you are looking at potentially investing in GE stock right now, you really should consider equally iconic 3M […]

General Electric (NYSE:GE), despite its iconic name, has been working for more than a decade to get its business back on track. And the global pandemic has only made it harder.

The trouble with GE

By the time the deep 2008-09 recession hit, General Electric had allowed its finance arm to spread well beyond its original purpose of helping customers buy GE products. The company’s expansion into non-core businesses, including insurance and mortgages, led to asset write-downs, asset sales, a dividend cut, and a government bailout. 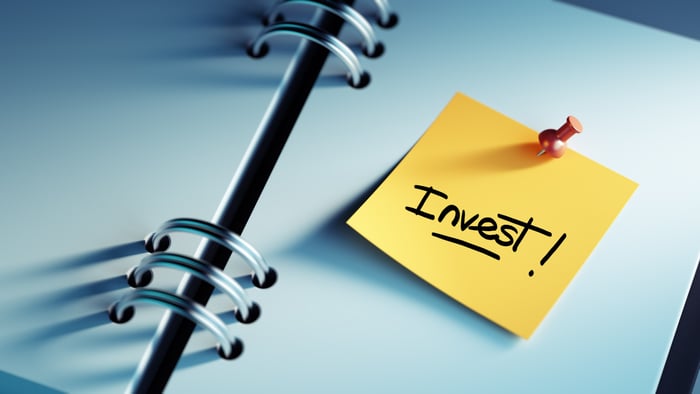 It looked like things had begun to improve for a little while, but when some big acquisitions didn’t pan out in 2017, the board ousted the CEO and turned to an insider to run the show. More asset write-downs and asset sales were enacted, and the dividend was cut again. After roughly a year and minimal progress on a turnaround, the board changed things up again and brought in an outsider. There were more asset write-downs and asset sales, and the dividend was cut to a token penny a share per quarter.

Now, more than a decade after the troubles began, GE is down to four divisions, and it’s still trying to turn things around. The company’s power and renewable energy groups have been struggling for years, with negative cash flow in 2019. Aviation and healthcare have been better performers overall, but COVID-19 has left the aviation business reeling because travel has basically come to a screeching halt. In the second quarter, only GE’s healthcare division turned a profit. That just highlights the problems, though, since General Electric sold a piece of this crown-jewel division off to raise cash in an effort to reduce leverage. GE is not in a great place today.

That’s why investors looking at the industrial space would probably be better off with 3M. It is facing its own issues with COVID-19 since, like all industrials, it is an economically sensitive business prone to cyclical ups and downs. However, in the second quarter, each of 3M’s four main divisions was profitable. In fact, the worst performer was healthcare, where segment profit margins came in at 16.8%. That’s a pretty impressive number for a relatively weak business segment. For comparison, GE’s healthcare segment margin was 14.1%, and it was the best performer at the company. GE and 3M do very different things in the healthcare business, but this still offers an interesting view of things.

Meanwhile, 3M has increased its dividend annually for more than six decades. The current yield is roughly 3.6%, which is well more than GE’s 0.7% and the S&P 500 Index’s 1.9%. But equally important, the yield is historically high for 3M. You have to go back to the Great Recession to find 3M offering a yield that high. And going back from there you’d need to look back to the early- to mid-1990s. Using dividend yield as a rough gauge for valuation, 3M looks cheap today. 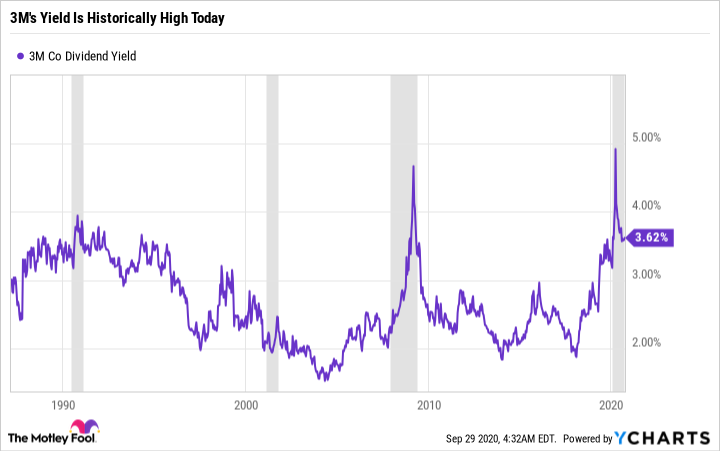 That said, there is one major negative that you’ll need to keep an eye on. 3M is dealing with a pair of lawsuits that could lead to material costs. One is on the environmental front, the other is product-based. This is a slow-moving issue and could take years to work through, so don’t expect the legal overhang to go away overnight. However, with a $90 billion market cap and a financial-debt-to-equity ratio of roughly 0.25 times, it looks like 3M will be able to handle the financial strain of an adverse outcome on the legal front.

There’s probably material turnaround potential at GE, assuming that it can ever get all of its businesses moving in the right direction. Most investors, however, would be better off leaving turnarounds to others. It’s better to focus on well-run companies that continue to execute at a high level, even in the face of headwinds. And it’s even better if you can buy them when they are historically cheap.

In other words, 3M appears to be a great investment option today, and definitely better than GE.

Fri Oct 2 , 2020
City officials say Ty Bollerud’s house at 419 S. Walnut St. will come down, but that hasn’t stopped Bollerud from fighting the city on what he believes is “heinous policy.” After three years of back and forth between the city and Bollerud, the house and garage on the Walnut Street […]